Former Mr. USA, Mark Dugdale has it all... three gorgeous little girls, a beautiful wife (who is not only beautiful but sweet and a wonderful Mom), and a great body building career which includes competing in the Mr. Olympia, the Arnold Classic and Ironman Pro contests as well as taking out the Mr. USA title.

Marks is not just good looking, he has substance. His face glows with a warm charismatic smile and compassionate eyes that reflect the important values in his life.

So how does he achieve such world class excellence?


Mark Dugdale: I would say two men sparked my interest in bodybuilding and both inspired and guided my path as a teenager. The first was junior high school science teacher named, John Burkholder. I bought my first weight bench from him in 1990 at the age of 15. John brought me with him to a local high school gym to train after school and later helped me with my mandatory poses before my first contest in 1993. John's bodybuilding achievements included winning the 1977 Mr. USA as a lightweight as well as an overall win in 1979 at the IFBB North American. I consider John not only an inspiration, but a personal friend and brother in Jesus Christ. John is no longer a science teacher, but is involved in a local prison ministry - we still talk from time to time. He will be featured in an interview in my upcoming sequel DVD to DRIVEN, titled Beyond DRIVEN.


Second, would be 6-time Mr. Olympia Dorian Yates. He was the first professional bodybuilder I saw at the age of 17 back in 1992. I read his book Blood & Guts and adopted much of his training philosophy which is known today as High Intensity Training (HIT). Dorian is now in his 10th year of retirement from bodybuilding, but I had the pleasure of traveling to Birmingham, England to personally train with him in his infamous Temple Gym, nicknamed The Dungeon. It was a super cool experience getting to train with the guy who inspired my induction into the iron game. The entire trip was filmed and the DVD is titled A Week in the Dungeon.


Gabrielle Reilly: What do you do to keep motivated?


Mark Dugdale: I think it takes a special, if not slightly obsessed, person to compete in professional bodybuilding. I'm a bit of a perfectionist and have always possessed a drive to be my absolute best in whatever I undertake. I consider everything I undertake an opportunity to succeed and absolutely hate failing. As one of the smaller guys in terms of stature, I will probably never have the opportunity to be crowned Mr. Olympia, yet it's not just about winning on stage. I want to use the gifts God has given me to inspire others to change their lives for the better. Until I know I have achieved all I'm physically capable of I continue to strive for improvement.

Gabrielle Reilly: How do you fit your overall training/dieting into your lifestyle?


Mark Dugdale: My schedule is tightly packed with a wife, three daughters and business to run. I only train 4 nights a week and do most of my cardiovascular exercise before my family is awake. With several pieces of cardio equipment in my home, my daughters often join me in exercising when I'm performing more than one session per day in preparation for a contest. Eating healthy and exercising is really a lifestyle in which my whole family subscribes.


Gabrielle Reilly: Do you have days when the last thing you want to do is step foot in a gym?


Mark Dugdale: Not really. I've always enjoyed lifting weights and pushing my body in the gym. perhaps more so than competing. I only lift weights four days a week and it's become an integral part of my life. If I don't go to the gym something doesn't feel right.


Gabrielle Reilly: Do you change up your routine to fight boredom or do you use straight discipline and stick to the same regiment?


Mark Dugdale: I tend to switch things up every 6 weeks or so. I do it partly to avoid boredom, but also because the human body is great at adapting. You need to constantly keep the body guess to trick it into improving and this requires some variety.

Gabrielle Reilly: Do you have allocated binge days/meals?


Mark Dugdale: I consider eating a part of my job, not something I do for pleasure. I've become so in tune with my body and it is accustomed to healthy, quality food that binging on bad food isn't even fun or tempting anymore.

Gabrielle Reilly: What do you do when you feel like breaking your diet?


Mark Dugdale: I simply put it out of my mind. I'm a pretty disciplined guy and sticking to my game plan is very important to me. I want to walk on stage knowing I did everything in my power to be my personal best. I guess one thing I may do to curb hunger is to juice with vegetables. I'm a big fan of the benefits of juicing and find it is an easy way to fill you up without adding a bunch of calories.


Gabrielle Reilly: At what age did you start training?


Mark Dugdale: My parents bought me my first plastic weight set when I was about 13 or 14.

Gabrielle Reilly: Did you play any sports?


Mark Dugdale: I had a real love for soccer and was pretty good having played since I was 6 years old. I was also involved in track, cross country and football.


Gabrielle Reilly: Were you really muscular as a child/teenager?


Mark Dugdale: I always had a better physique than most kids my age, probably because I was so active in sports. I wouldn't say I had a ton of muscle, but I was pretty symmetrical.


Gabrielle Reilly: For parents out there concerned about their children's health and obesity what words of advice would you offer them on fitness, motivation and diet for children?


Mark Dugdale: You show me an obese, unhealthy child and I can guarantee they have obese, unhealthy parents. Americans have become exceedingly lazy both in lack of exercise, but also in a willingness to plan and cook healthy meals. My wife, Christina, and I both exercise together and she is committed to buying healthy food and preparing nutritious dinners. The best thing you can do for your child is be a positive example. If you are sitting down and eating healthy food as a family and your children see you exercising vs. watching TV in the evenings then they will follow in your footsteps. I have no doubt in my mind that my daughters will never struggle with obesity because they are being brought up in a healthy environment.

Gabrielle Reilly: What age do you think is ideal for children/teenagers to start lifting weights?


Mark Dugdale: This is an often debated subject, but I personally think lifting light weights from the teenage years is not a risk. They key is to lift lighter weights as a young person's bones are still developing. There is no need to lift extremely heavy weight at a young age. Weight training coupled with some cardiovascular exercise is idea.


Gabrielle Reilly: Do you work outside the fitness industry?


Mark Dugdale:  Yes, I'm a 50% owner in a company called Garden Fresh Foods. We are a fresh-cut produce manufacturer who services both the food service industry as well as institutional users of fresh-cut produce in the Pacific Northwest on the wholesale level. Many professional bodybuilders only job is training and competing, however despite the wonderful support my sponsors at Nutrex Research provide me; I cannot support a family on bodybuilding alone. Additionally, I have to think beyond the muscles and how I will provide for my family's future when my time in bodybuilding is over. Some may consider working a job aside from competing as a detriment, but I consider it a blessing. If all I did was eat, sleep and train all day I would probably go nuts.


Well thanks very much for your time Mark. If you would like to find out more about Mark please visit his site at www.markdugdale.com.

If you would like to learn more about children lifting wieghts this article might help "Is Your Son Tough Enough?"

"The power of imagination makes us infinite."
- John Muir 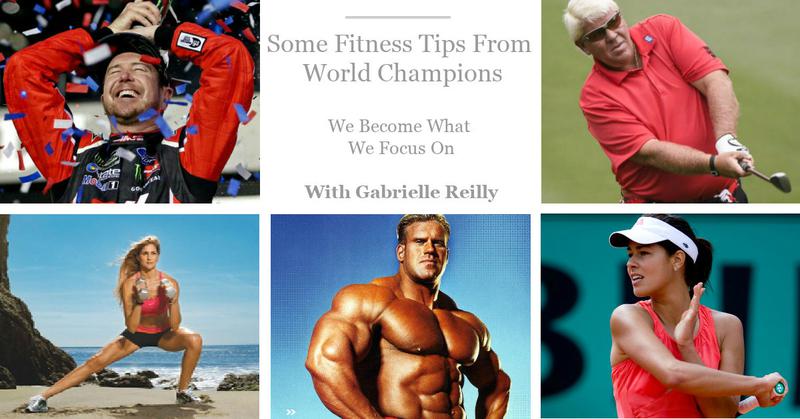